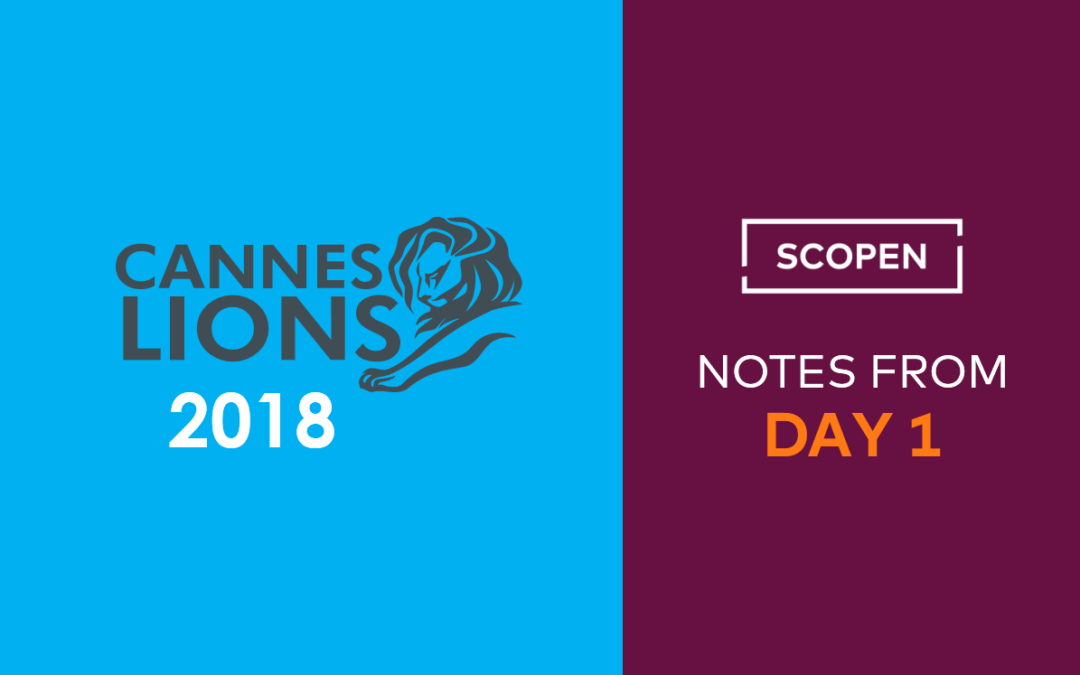 The theme for this year’s Cannes Lions is TRANSFORMATION.

David Shingi – the Digital Prophet we met in New York at Ad Forum – is there at Cannes and he is predicting that the theme in 2019 will be ANALOGUE- quite ironic.

There is a lot of talk about gender equality. Today they also talked about equality for men:  the US is one of the four countries in the world with no parental leave (the other three being Papua New Guinea, Lesotho and Swaziland!).

Lots of examples of business transformation and how business should move to digital. L’Oréal recognized that 8% of their global sales are through e-commerce, and an astonishing 40% in China!

MullenLowe Colombia  was recognized for its idea to access Google through first generation phones (no smart phones) and voice messages. This is very useful for poor people that live in communities with no WiFi access and basic phones, they can now access Google through  a platform called mylife.

Interesting case shared by IBM on the Blockchain possibilities apart from investing in bitcoins. Maersk and the immense possibilities of transparent world trade. We can all think about our own businesses and the potential that Blockchain offers.

New countries are investing in having a presence at Cannes and we have not seen countries like Peru, Denmark and Israel here before now. They are promoting how innovative they are and the talent of people and companies working in those countries.

And a shift in media companies

Apart from all the new age companies (tech) that have been investing in the last years in having a visible presence at the main Cannes  beach and cabanas ( such as  Facebook, Google, Adobe, Pinterest, Spotify, Accenture Interactive) we are now seeing  some traditional media companies that have been able to shift into digital (WSJ, CBS) and we are  seeing lots of new ones (Teads, Rubicom, Braze, Feverr, Comcast,…).

From seven days to five days

The Cannes advertising festival has been shortened from seven days to five days this year and this has meant that the large volume of people that normally increases as the week goes on has already started to be present from Day 1.  The level of intensity of the programme and momentum is therefore as intense at it would normally be by Day Four of the event.  It should be interesting to see how the rest of the week goes.

Awards this evening are for the healthcare and pharma sector.  Notable awards went to:

HEALTH AGENCY OF THE YEAR: FCB